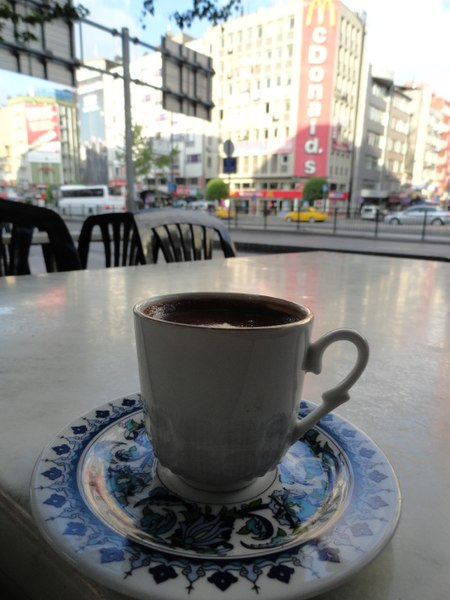 Tack: A short story by S.W. Biddulph
The Inman Perk coffee house is my point of inspiration. I found a seat in the corner, my favorite spot.  I was unpacking my bag and arranging my stuff. Next to me was a man that I had not seen before. I love to people watch. He looked like a southern, country gentleman. The Inman Perk is generally filled with college kids, street people, yuppies, and regulars. This man was different.
I tried not to let him see me stare. He didn`t seem mentally connected with the room. His brow crumpled, his mouth hung slightly open, he stared at a small paperback in his hand. The book looked brittle and well used. It had colored tags on several pages. His hair—once fiery red—now mixed with hints of grey. He was a tall, lanky, slender fellow with a rancher’s hat, checkered shirt buttoned to his neck, faded blue jeans, and dusty box toed boots—the ones with the buckle. He had a full beard that was un-kept and next to him was a small pile of paperback books—yellowed, tattered, older looking books—like the one in his hands. He had a tan leather hand bag that resembled a saddle bag from an old western.
Suddenly, he looked up. Only his eyes moved. His brow remained crumpled. He looked my way. I smiled. He nodded, then went back to deep thought. I kept trying to see what he was reading. He had a pen and was underlining sentences. Now, I really was curious. How could I open a conversation with this mysterious fellow? He was stoic—possibly an introvert. I wanted to introduce myself but my mind played scenes of disaster, if I dare interrupt him.
I studied him more. I noticed his deep lines and freckles—signs of weathered years on his face and hands. His eyebrows were full and bushy. His eyes were a dull blue like they had faded from the sun. I could see the book. It was Spoon River Anthology. I Googled it. It was written by Edgar Lee Masters. The first copyright dated 1914—interesting, I thought. Why was he underlining the different sentences? I couldn`t take it any longer. I had to risk a brush-off to see what this man was about.
“I couldn`t help but notice your book…an interesting title…is it good?” I asked.
He looked up at me, slightly jarred, and smiled gently as he set the book on his table after marking his place—then he sat up straight. He was instantly animated—removed from his previous statue like state.
“Yes, yes….the names Tack.” He reached out his hand to shake mine.
“It`s one of my favorites. The writing is so good, so dense…very descriptive.”
“Are you a writer or just an avid reader?” I asked.
He looked down at his feet, squinted his eyes, and said that he`d been a speech writer and did a few articles now and then for the Gainesville Times. I was immediately intrigued and asked him a few more questions. He seemed reluctant to expound but I persisted. A light started to shine in his eyes, laughter swirled in and out of his words, and his rosy cheeks testified to his joy as he walked me down his own memory lane.
I sat enamored as he told me stories about speeches he had written, editors he`d fought with, and an occasional anecdotal story about his wife. His wife was mixed into his stories like some hidden authority, yet, with a beautiful innocence. He rarely ever looked me in the eye but I didn`t sense this was a man without character. He closed his eyes as he spoke, often straining to find a word or reaching for a memory. He`d glance up ever so slightly at me, occasionally. One particular story was emotionally captivating to me. He conveyed the pain of an editor cutting his writing with a double edged sword. He said, squinting his eyes again, “No…not that sentence! That one has to stay!” He then laughingly admitted the editor won that fight. Tack eventually became one of my mentors in writing. People watching is invaluable at times.