An Excerpt from Twisted Ride: A memoir by Scott Biddulph 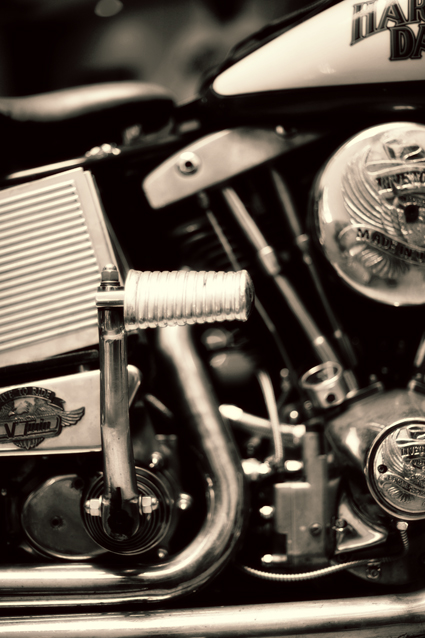 That January night blew relentless winds that moaned through the city streets of Chattanooga. As Jake, Bear, and Stalker walked toward the entrance of the bar, Jake`s blood pumped. His street wise perceptions were at high alert. A meeting with the Outlaws was essential to the new club chapter in Tennessee and they had to get their approval.
The bar, owned by the Outlaws Motorcycle Club, had a reputation of being a “cut-your-way-in; shoot-your-way-out” biker bar. The smell of stale beer, cigarettes, and sweat staggered Jake as his crew entered the dank, old bar.  Pool tables arranged in rows of two by six tables long filled the front half of the room while a large serving bar lined the entire right side. The poor lighting felt like an ominous phantom overshadowing the group, following their every move. Jake was quick to scope out the scene. As Sargent-at-Arms it was his job to see what no one else saw, feel what might be coming, and do whatever it took to protect his crew.
The dim lit bar was packed which made it hard to tell the difference between potential threats and innocent by-standers. The Outlaws pointed Jake`s crew toward the back of the bar to a separate room that they used for business. Jake continued to scan everything in the room like a Hawk scans a field for prey. His crew and the OL`s walked to the back of the bar. In one corner stood a tall bald man with his back leaned on the bar, a long-neck beer in his hand, and a cold stare that cut through flesh. “No colors on,” Jake thought to himself. These guys were like the under-cover agents of the dark outlaw-biker subculture. The secret enforcers; many were called ‘no-names” because no one in the club knew their names. They handled the nasty side of business. Like gargoyles perched and ready to strike, there were at least three Jake could Identify in the room at separate strategic points. It was their job to watch Jake and his crew from a distance. These guys were the clean-up hitters.
Though the OL`s who were leading them into the room seemed jovial and friendly—laughing, telling jokes, and making small talk all the way—Jake knew this was set up like they meant to talk serious business.
As they entered the room in the back, the door slammed shut and silence reigned. In a chair behind an old oak desk sat a very small man. In spite of his size, “Little R” was known to be one of the fiercest Outlaws MC bosses in the South East. To his left and right stood to huge enforcers with arms folded and automatic pistols resting in the fold of their arms. No more laughing, no more jokes, no more small talk…only the cold stare of “Little R” and his men.

Jakes crew was severely outnumbered but you can`t come with a show of force to a called meeting. It would have triggered a fight. Their only choice was to show up—as told—and answer Little R`s questions. And hope that they walked out unscathed with permission to start a local chapter. The Outlaws were the dominant 1%`er club in the state of Tennessee and Georgia. No one opened a motorcycle club chapter without their approval. If they did, they would often pay with their lives.